AM I MY BROTHER'S KEEPER? 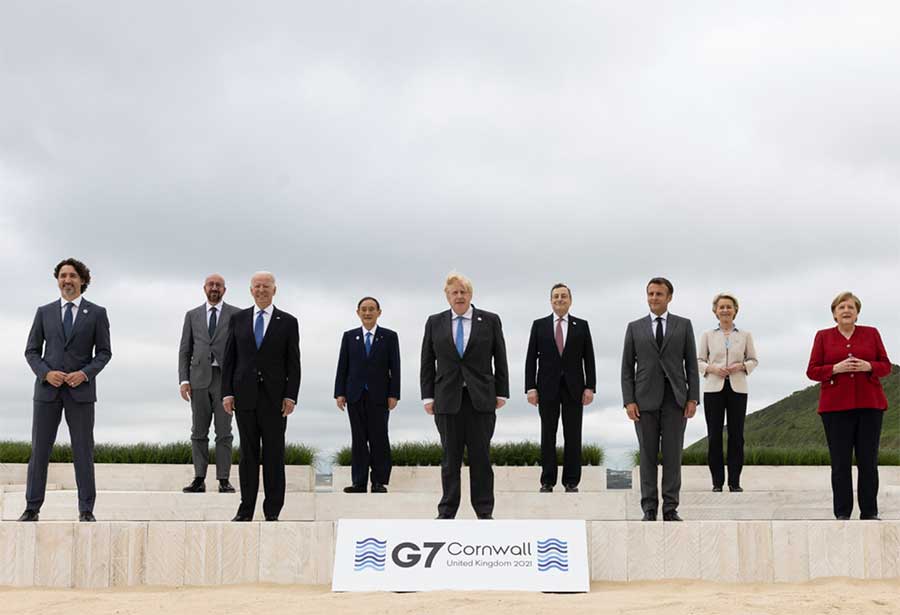 Image: Simon Dawson / No. 10 Downing Street
There’s a well known phrase in the bible, “Am I my brother’s keeper?” It is said defiantly by Cain to God after he has killed his younger brother Abel. This story begins a pattern of stories about brothers – and sisters – where the elder sibling does not protect, lead or enable the younger. Which then causes deceit, dishonour, quarrels and more murders.

Some of the more mythological meaning in these various stories is about power, responsibility and humility. Traditionally the older brother would have inherited blessing – power, resource and status. If this was not used wisely and generously then the younger brother had a tendency to act immaturely, greedily, frustratedly; their own sense of identity and destiny being ignored, unrecognised and unguided.

Therefore, the older brothers – those with power and resources – need to use their assets to create a great environment for the whole family. The multiple failures to do this reveal our insecurity and greed as those with power, and rejection and pain of those without. It is only Jesus, our new elder brother, who exercises power and resource really well – giving up his glory to not only rescue his brothers and sisters but to give them his wealth and inheritance and promote their status as children of God and co-heirs with Christ.

All this to say that the G7 are the older brothers. We are the ones with power and resource and we are meant to use this to clear the way for everyone else in the family to flourish and grow. Essentially a G7 summit is about taking full responsibility. On eof the maikn themes this year was the world in Covid. Responsibility may mean for instance, ensuring that everyone gets the vaccine that they, the older brothers, are producing. And we know that ill health in the family affects everyone, so the motive for this doesn’t even have to be altruistic if you’re aware how inequality works and comes back to bite.

The Old Testament is full of ways of how to act well as an older brother – to provide aid and shelter for those who have little or no resource. It then paints picture of not just aid but trade, too; a widow sells the oil she has produced from the encouragement of a start-up mentor. But the bible goes even further and continually declares a reset and a resharing of territory. The older brother not only needs to give out aid, or start to trade, but actually give away the means to produce, make and build. The reliable power - to supply the factory - to make the chocolate - from the beans that are grown - in the local soil: Cadbury’s World in Accra and not just Bourneville. This is the job of the G7.

It struck me, too, that the story of Cain and Abel is about brothers and the earth. Their worship of God, and relationship with each other is tied up in how they care for the earth and its animals. One aspect cannot be removed from another. The older brother’s cold heart – towards God, his brother and even his brother’s relationship to the environment makes him jealous, defensive and ultimately leads him to destroy his brother. The bible then declares that this kind of attitude and behaviour curses the very ground from which we get our life. The blood of Abel cries from the earth – out of the very substance from which we are all made.

So, the G7 are also responsible for the earth; for making sure that the whole family is protected and nourished through careful shepherding and serving (the two words used to describe Cain and Abel’s calling). We know the land is cursed, and it’s no good simply blaming people before us or hoarding what we do have in barns we’ve built for ourselves. The older brothers have been given wisdom and power to strategise and plan. Which did not really happen at the G7 summit, even though that was the point of it.

So we, as older brothers and sisters – perhaps without the vast experience of Merkel or the luxuriant hair of Trudeau – can do our part, however small. Our worship of God, the sacrifices we bring him like Cain and Abel did, can include how we eat and how we travel; how we clothe ourselves and keep ourselves warm. Jesus describes this life of the true brother and sister in his last big sermon in Matthew 25 – faced as they are with perilous and difficult end times:

37 “Then these righteous ones will reply, ‘Lord, when did we ever see you hungry and feed you? Or thirsty and give you something to drink? 38 Or a stranger and show you hospitality? Or naked and give you clothing? 39 When did we ever see you sick or in prison and visit you?’ 40 “And the King will say, ‘I tell you the truth, when you did it to one of the least of these my brothers and sisters, you were doing it to me!’

Am I my brother’s keeper?