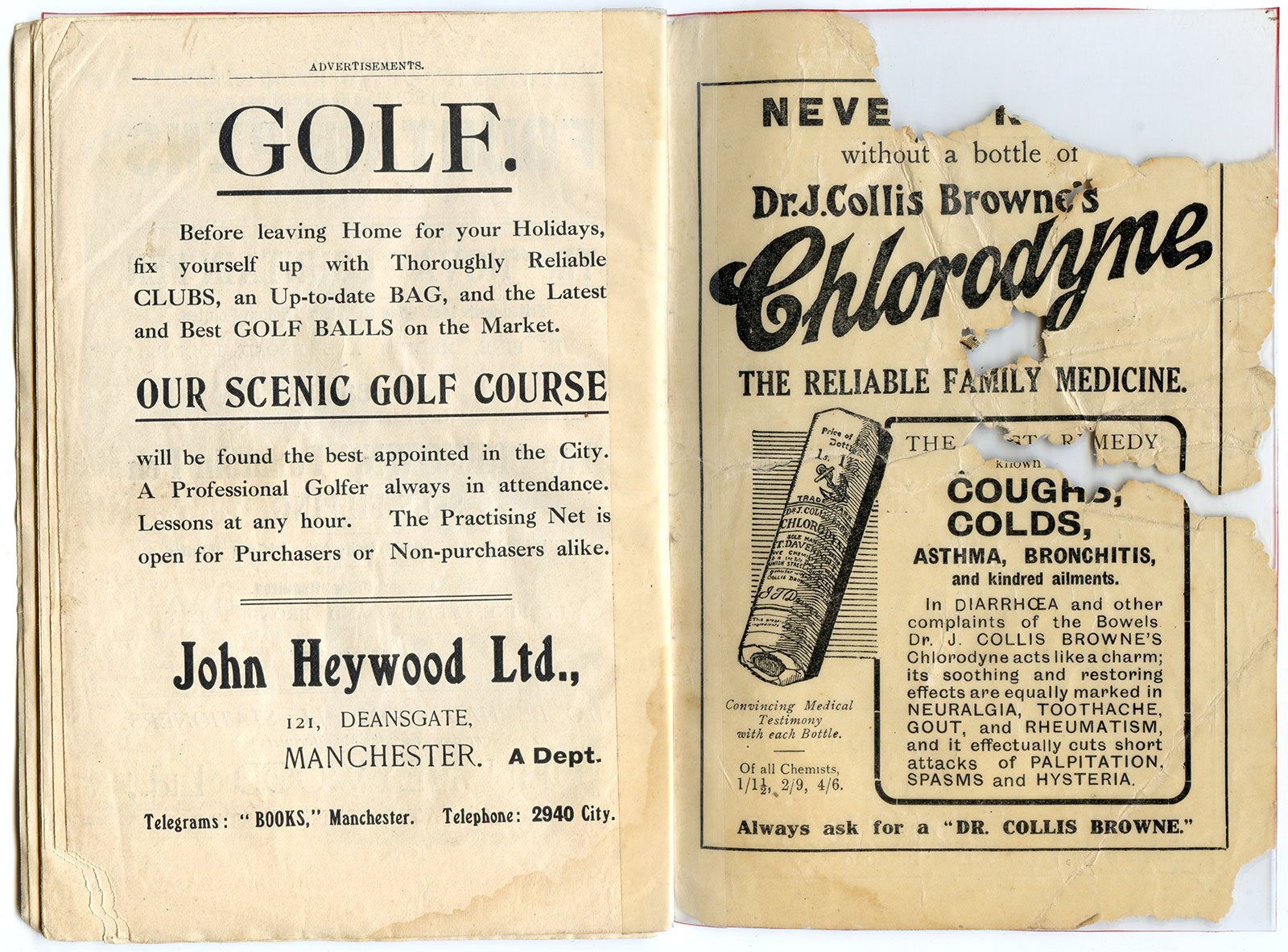 Photo source: flickr.com/photos/alwyn_ladell/11823340864.
Do you long for the days of golf and opium – what could be more of a balanced life?

We all know that we can wait ages for a bus and then three come along at once. I was meant to be having my vaccine today – booked in through the county council because I do funerals(!) I had a call yesterday asking me if I wanted to have a vaccine immediately, because there were some spare at a community vaccination venue. I did that and then cancelled my other one. As soon as I had done that, I had a phone call from the GP surgery asking me if I wanted a vaccine. I could be very well boosted now. I half expected a 1940s pencil-moustached spiv to approach me with a coat lined with watches and syringes.

I was talking yesterday to my brother – who is just recovering from a huge operation – about medicine, vaccines and pain killers. He’s doing OK and choosing to layer up with paracetamol even though we recalled that our upbringing was one where we might have occasionally been given a junior aspirin, but generally our parents went the stuff and nonsense, grin and bear it route. Except when our mum would suddenly give us kaolin and morphine for an upset stomach or Collis Browne Mixture for a cough. In those days Collis Browne was Opium mixed with alcohol, invented by a doctor in the 19th century to address the effects of cholera and no doubt used to great effect by Florence Nightingale. Tincture of opium and alcohol was called Laudanum and was taken by Romantic Poets and Sherlock Holmes to get their creative juices flowing – in the equivalent of their tour bus no doubt. What were our parents thinking? The only choice a small orange junior aspirin or Victorian style heroin!

Our expectation of a good life, or at least the dream of a quiet life, is the balance of things happening at the right time, without too much extreme, so that we undulate and rock gently through our years. This time last year was the beginning of the big fast from people, going out, using a passport or public transport and the start, too, of the wondering how and when I might catch the virus. These are wild extremes of circumstance and experience. Reality is lockdowns to R-rate increases; home schooling that no one enjoys; bread and jam making till it comes out of your ears; postal delivery drivers that you get to know by name and become best friends with – they’re the only people you’ve seen for 6 months; knowing the Bull Ring shopping centre like the back of your hand to forgetting how to even get to the M6.

The life we’ve always wanted has to be about our own experience of being centred, whatever is happening around us or to us. When I have met people who I have considered to be holy it is because they have this quality. Jesus’ own life, like ours, was one of extremes. We might say that he was a supremely balanced individual, but by that I think it best to say that his core was stable, even if the emotions he experienced or the trials he went through were anything but measured. He embraced the extremes of grief, delight, opposition and adulation; not running away or tempering them, nor allowing himself to be defined by them; but knowing that this is how life is as a human being, he chose to identify himself as God’s son, known and beloved, before and beyond anything else.

So, constancy and quiet, in the secret place of our hearts is what to cultivate; a place we can anchor ourselves to; a foretaste of eternity. I can’t avoid the vagaries of life - the good and bad surprises. I can do better at pain relief, medicine and living healthily, though. And I can find holiness – deep down that takes me beyond. The message version of Hebrews 6 says this about living in the deeper faithful promises of God:

When God made his promise to Abraham, he backed it to the hilt, putting his own reputation on the line.

14 He said, "I promise that I'll bless you with everything I have—bless and bless and bless!" 15 Abraham stuck it out and got everything that had been promised to him. 16 When people make promises, they guarantee them by appeal to some authority above them so that if there is any question that they'll make good on the promise, the authority will back them up. 17 When God wanted to guarantee his promises, he gave his word, a rock-solid guarantee— 18 God can't break his word. And because his word cannot change, the promise is likewise unchangeable. We who have run for our very lives to God have every reason to grab the promised hope with both hands and never let go. 19 It's an unbreakable spiritual lifeline, reaching past all appearances right to the very presence of God 20 where Jesus, running on ahead of us, has taken up his permanent post as high priest for us, in the order of Melchizedek.