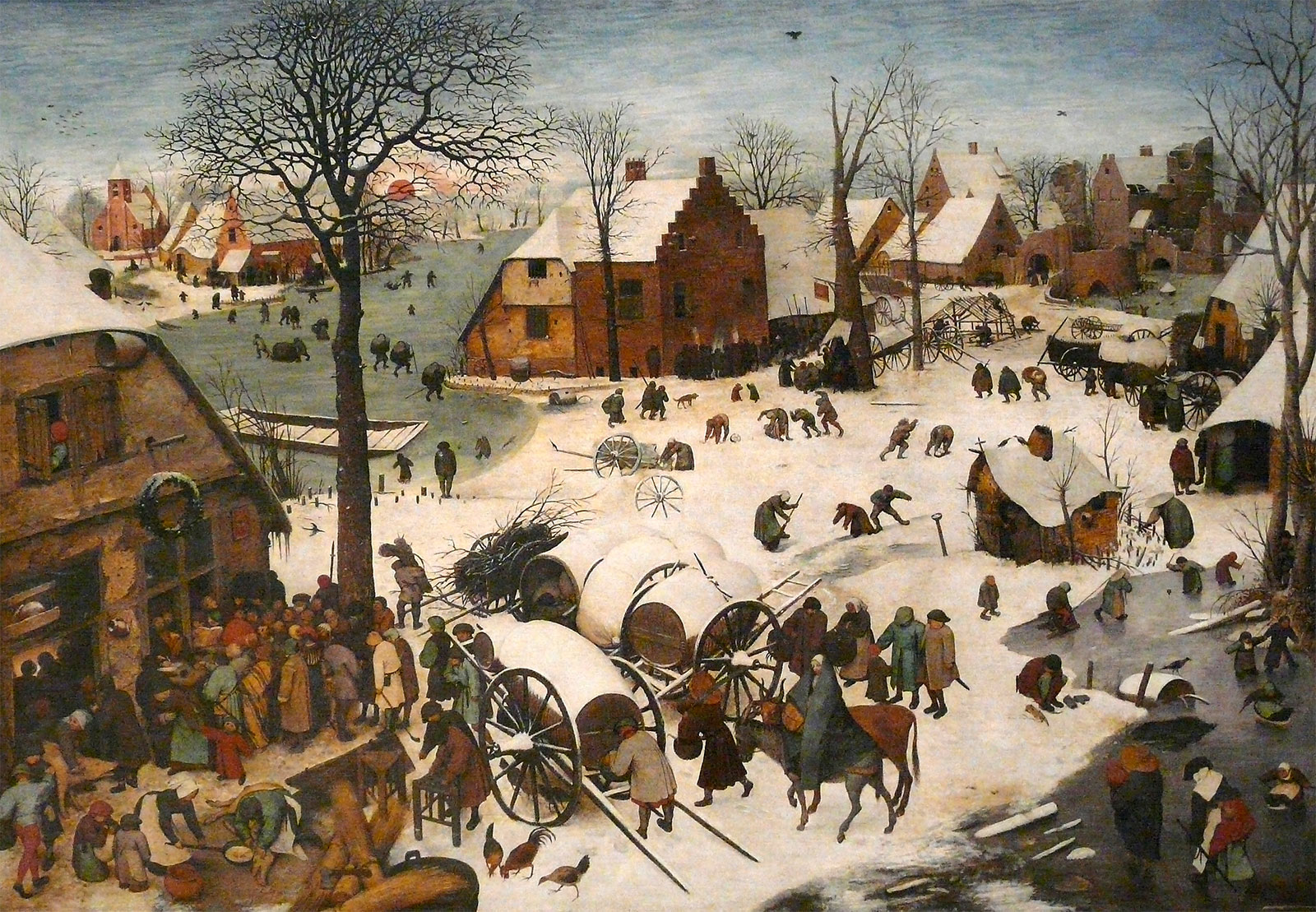 Photo source: www.flickr.com/photos/snarfel/3713215932
Famously the Christmas story is propelled by the Roman Census that Joseph and Mary had to join in, which got them to Bethlehem, which fulfilled prophecy, which changed the course of history; subverting that very same Roman Empire and then going on to influence people, places and cultures all over the world. Hopefully we’ve all avoided the £1000 fine by filling in our census this week.

There has been some interesting debate over the wording of the census in relation to religion, and a generally agreed anticipation that there will be a continued drop in the percentage of those who report Christian as their faith.

Firstly, there has been concern expressed among humanists that even asking: “Which religion do you identify with?”, is a leading question – it assumes that we are religious. Even though there is a box to tick that says no religion, the context of the question puts even this identification in the religious category. The concern is therefore about people who may not have faith at all then assuming that because they live in the UK, with its Christian heritage and historic culture, they should tick Christian – and therefore skew the figures away from an atheist reality. Such humanists are keen to finally unmoor the culture from its Christian trappings.

Then there is concern among Christians that the continued decline – even when there may be some leading questions like this – reveals the true drop in church attendance, numbers who are Christian and therefore – like many humanists believe – the lack of influence of Christian faith on and within the culture.

For us as Christians of course there is a bewilderment at the drop in those who attend church – and many of those who still do are in the later stages of their life. Having said that, over the last 30 or 40 years there has also been an awareness that church attendance, or ticking the Christian box in the census, is not an accurate reflection of those who have personal, dynamic faith in Jesus. In fact, for people to think they are Christian because of a church connection or because they live in the UK muddies the waters of what a disciple is really all about. Stripping away a veneer of faith may leave a remnant but, in church history and prophesied in the book of Revelation, it is the faith of the remnant that is ultimately more powerful than the religion of the many.

But where does that leave culture? The Kingdom of Heaven was never about installing Christian kings, wearing Christian clothes, eating Christian food or taking Christian photos. Jesus talks about his followers being servants of salt and light. Having said that, when people come to faith, they inevitably express that faith in their new forged values, aspirations and creative activities. Which, in turn, influences others around – including food, fashion and art. And the lives and faith of those following Jesus make such an impact that their local society’s ways of organising, caring and ruling are also influenced.

So, on the one hand we are not called to force our Christian ways on others, but at the same time these ways end up taught and caught and become natural and second-nature even to those who don’t profess to have faith.

So what do we do about a decline in Christian culture and influence? We should be realistic and humble about those areas in culture that have previously been helpfully influenced by the bible and good practice but which are now up for grabs to other philosophies and mindsets. Not that our posture is just one of protest and protection of an ever-decreasing fiefdom, but that we turn to prayer, choosing to follow Jesus each day, following the call, opportunities and open doors of the Holy Spirit, and we continue to expect individuals to discover the saving grace of Jesus which transforms people and places.

We prophetically stand for what we believe is right, but not with the assumption that everyone has to follow us. The Kingdom of Heaven is still on the increase across the world and its real holiness rather than religious piety will always find a way to redeem. Kingdom culture needs to address the flaws and injustices even in what has been a strong Christian culture in the UK. And Kingdom culture always starts small – with individuals, their friends, neighbours and families. Kingdom culture is a community of love, grace and generosity that is practiced in the every-day. Some of those individuals may have influence beyond – they may be a synagogue ruler, a centurion, a Roman Governor, a business-woman – and that could well spread the faith further and quicker than anticipated. They could be a local councillor, a teacher, a film maker or a CEO – and once again their faith will inevitably seep into what they do and how they do it. Pockets of culture are established – examples of a new humanity – which then serve, like Israel did in the Old Testament plan, to be God’s picture and blueprint for a watching world.

If you ticked Christian, how will you live that out so that others will see your good works and glorify your father in heaven?