HOW TO MAKE A DRAMA OUT OF A CRISIS 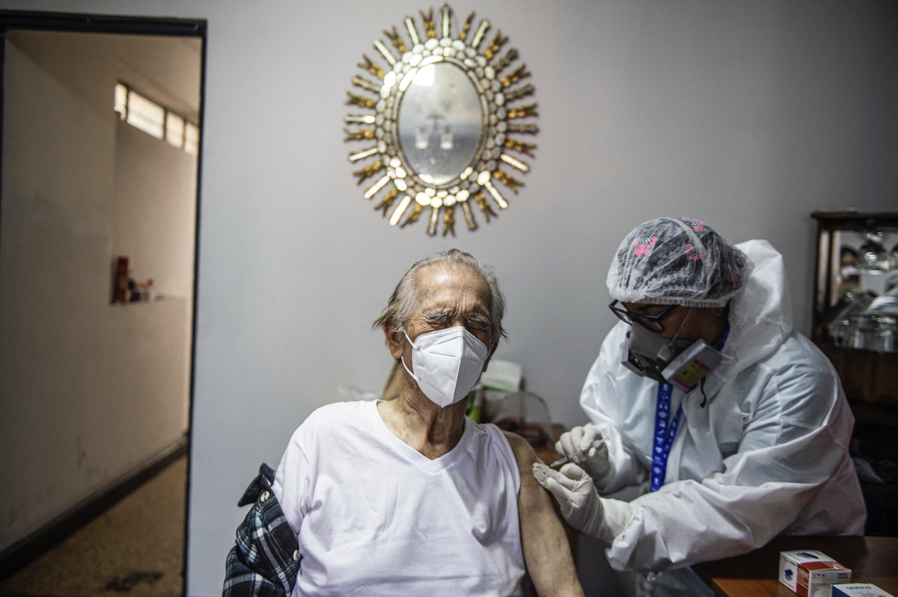 Image: Ernesto Benavides on Flickr
40% of deaths from Covid were from care home residents in the first 4 months of the pandemic last year according to the Office of for National Statistics.

Care homes were given by the government only 10% of the PPE needed during that time according to the Commons Public Accounts Committee.

These are shocking statistics and are amplified by the experience of grieving family members and traumatised care home workers. But how do the rest of us get our heads round the facts, experience and meaning of such information? Unless there is some kind of emotional, spiritual and deeply cognitive connection then it is hard to comprehend the implications and consequent call to action that such statistics require. And the same could be said of figures around climate change, global poverty and the scale of the refugee crisis in places like Afghanistan.

I watched a drama at the weekend about the Care Home crisis during the pandemic. It is called Help and stars Stephen Graham and Jodie Comer among other well-known actors. It was harrowing, urgent and impactful. There is a long scene set during one night shift where the protagonist care worker is trying to help a resident who is very unwell and can hardly breathe. We follow her up and down corridors, attempting to turn the man over to his front, always disposing of gloves and putting new gloves on, on hold to 111 – and all the while the music, sound and noises are increasing to a fever pitch. I was horrified, gripped, and desperate.

Following this very well acted character, I was filled with admiration and also compassion for the various residents – many of whom were also played by well know faces from the TV world. In fact, it was also because these famous actors had chosen to perform in this drama – without great make up, appearing weak and vulnerable, old and frail – that I was drawn into the reality of the subject matter. The script, acting, directing and the clear commitment from all involved added a weight and an import to this already heavy subject.

I came away exhausted; and also filled with admiration and care. I thought of people I know in care homes, and their families. I thought of staff and clinicians. Somehow my head and heart were praying and interceding as the credits rolled; I was carrying within my heart a burden of prayer that came from a new kind of experiential knowledge.

This is the nature of art. Art speaks deeply to our souls, especially when our proud and resistant or overloaded neo-cortex can’t take in any more in formation. In this case, film was the art form: all kinds of artists and practitioners working together to create a piece of work that was able to overwhelm me and stoke the fire of righteousness and compassion in my heart. I am reminded that artists are prophets; they shape truth in such a way that it seeps into our souls or crashes into our hearts. When the film ended those two statistics came on screen. I now understood them more deeply. I had glimpsed the vulnerability and isolation of the residents and the panic and bravery of the care workers; which then meant that statistics took on the clothes of people and places, of relationships, of emotion and experience.

It is worth watching and listening to the prophets, the artists and the poets, since they may well be able to help open our eyes to the things that the Holy Spirit would like us to see. God sent prophets to make real and articulate the truths of his Kingdom and the nature of salvation from evil. Jesus spoke in parables and not lectures, demonstrated with real life players, and ultimately showed love in the most dramatic way imaginable.

Matthew 13 in the Message is helpful:
10 The disciples came up and asked, "Why do you tell stories?"
11 He replied, "You've been given insight into God's kingdom. You know how it works. Not everybody has this gift, this insight; it hasn't been given to them. 12 Whenever someone has a ready heart for this, the insights and understandings flow freely. But if there is no readiness, any trace of receptivity soon disappears. 13 That's why I tell stories: to create readiness, to nudge the people toward receptive insight. In their present state they can stare till doomsday and not see it, listen till they're blue in the face and not get it. 14 I don't want Isaiah's forecast repeated all over again:
Your ears are open but you don't hear a thing.
Your eyes are awake but you don't see a thing.
15 The people are blockheads!
They stick their fingers in their ears
so they won't have to listen;
They screw their eyes shut
so they won't have to look,
so they won't have to deal with me face-to-face
and let me heal them.
16 "But you have God-blessed eyes—eyes that see! And God-blessed ears—ears that hear! 17 A lot of people, prophets and humble believers among them, would have given anything to see what you are seeing, to hear what you are hearing, but never had the chance.