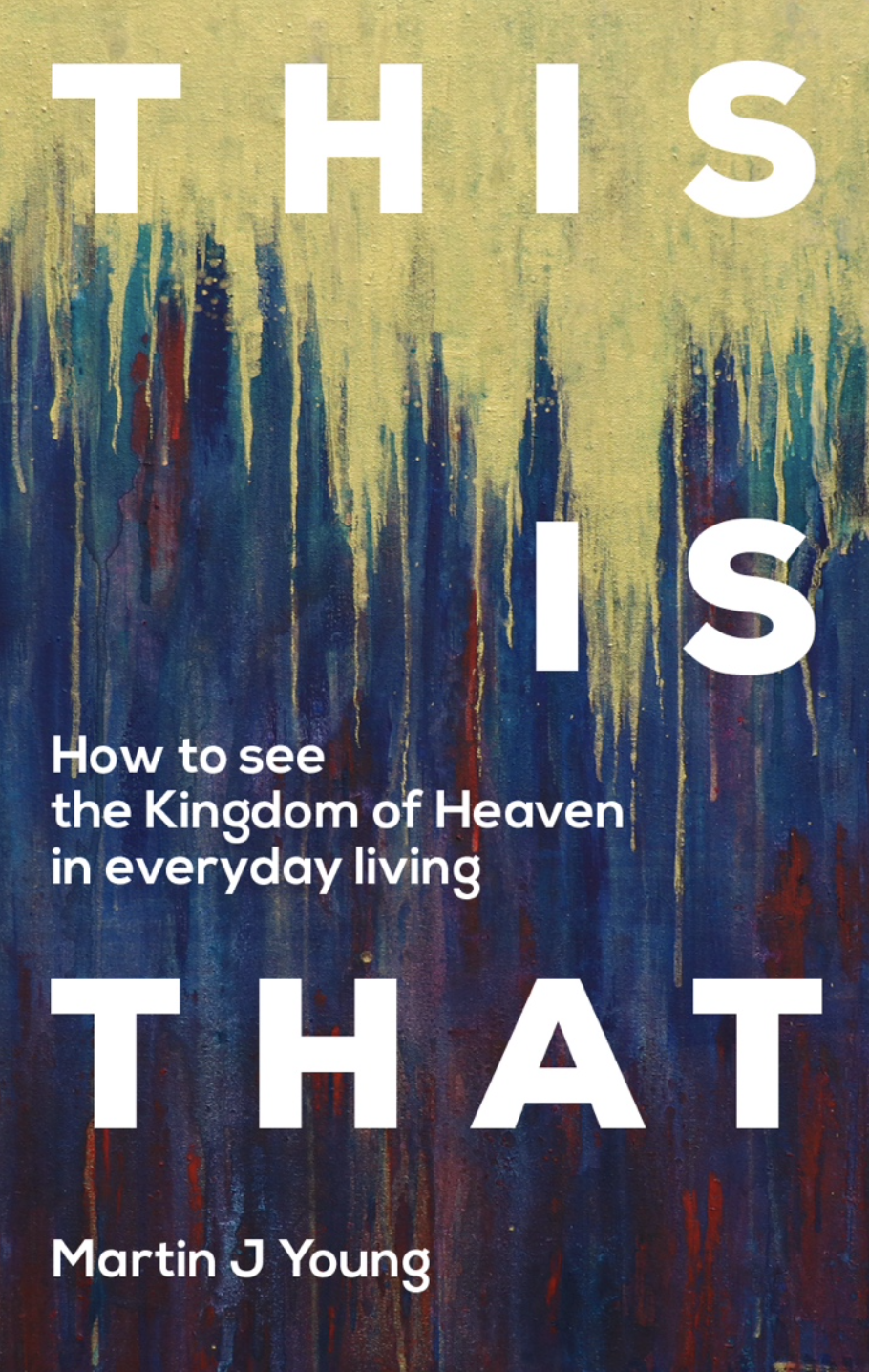 This is That by Martin J Young
I was watching telly the other night - which I realise is quite rare. So now I know there are a limited number of formats but generally it’s all about things, gardens and competitions. There was a programme about doing up homes where two architects go head to head in redesigning the layout of people’s higgledy piggledy homes. They use VR to show what it would be like of all the walls came down, the place is opened up, front and rear spaces are used in new ways and generally there are lots of kitchen cupboards, work islands and bench sofas everywhere. The homeowners can’t see what to do in order to make better use of their house - but these architects really can.

Then yesterday we visited some people who have moved from London to Cornwall. He is an architect and has taken a town house in Fowey, gutted it entirely, added bathrooms, windows, opened out the roof and the basement; so now there are views over church spires across the estuary bay. He said that as soon as he came into the house he could visualise it all - he could ‘see’ a new way of doing things - and it is stunning.

The Bible often talks about looking, watching and seeing. Simply put, looking is the action of searching - deliberate and intentional - in order to see. Watching is the state of alertness and action of seeing things unfold. Seeing is the experience of understanding what is looked for or watched. In our present existence, we all have glimpses of God's glory - the natural world points to His majesty and our relationships show us something of his image and likeness. But there is also the inbreaking of Gods beautiful rule, his Kingdom. And although there are flashes of inspiration where we know and experience this, the seeing of the Kingdom in its fullness and glory is a spiritual awakening.

This is like the VR headsets of the TV programme where the master architect’s vision and reality is discovered and appreciated in glorious technicolour. Jesus often gave these VR moments to his friends - they were astonished and amazed. But sometimes, even though they looked at what he was doing or listened to what he was saying, they did not actually see our here. The art of being a follower of Jesus is the art of seeing; the nurturing of the ability to not just look but to find; to watch and have vision. It is less like a religion to follow and more of a practice to learn and get used to. And no-one is excluded or not gifted, or wrong personality’d or charactered.

The way that the apostle Peter described this new-way-of-seeing-reality was to explain to the wonders of Pentecost to a crowd of very devout and learned Jews that ‘this’ was ‘that’ which the prophets had spoken about. This crowd has already glimpsed it in theory by reading the scriptures. Now they were seeing it in actuality. The God-Architect had explained, handed out the VR headsets but now was actually building the once dreamed vision into a reality on the earth. Pointing this out to others is probably the most exciting thing we could ever do. There are tears and sobs on the TV programme when people see even a bit of what is possible. There is breathtaking gratitude and a total change of hearts when people see what life can really be like on the earth thanks to the gospel of Jesus.

Next week I’ll launch a book about how we live in this Kingdom and point it out to other. It’s called 'This is That'. There’ll be an interview on Rising Brook’s YouTube next Tuesday evening and a blog post; and copies will be available on godpointing.com as well as malcolmdown.co.uk, and a chance to simply pick one up, too. In the meantime, what do you see? An tired old house that can’t be properly lived in, or a dream dwelling - a temple, tabernacle, body and palace that is great to look at and even better to inhabit?