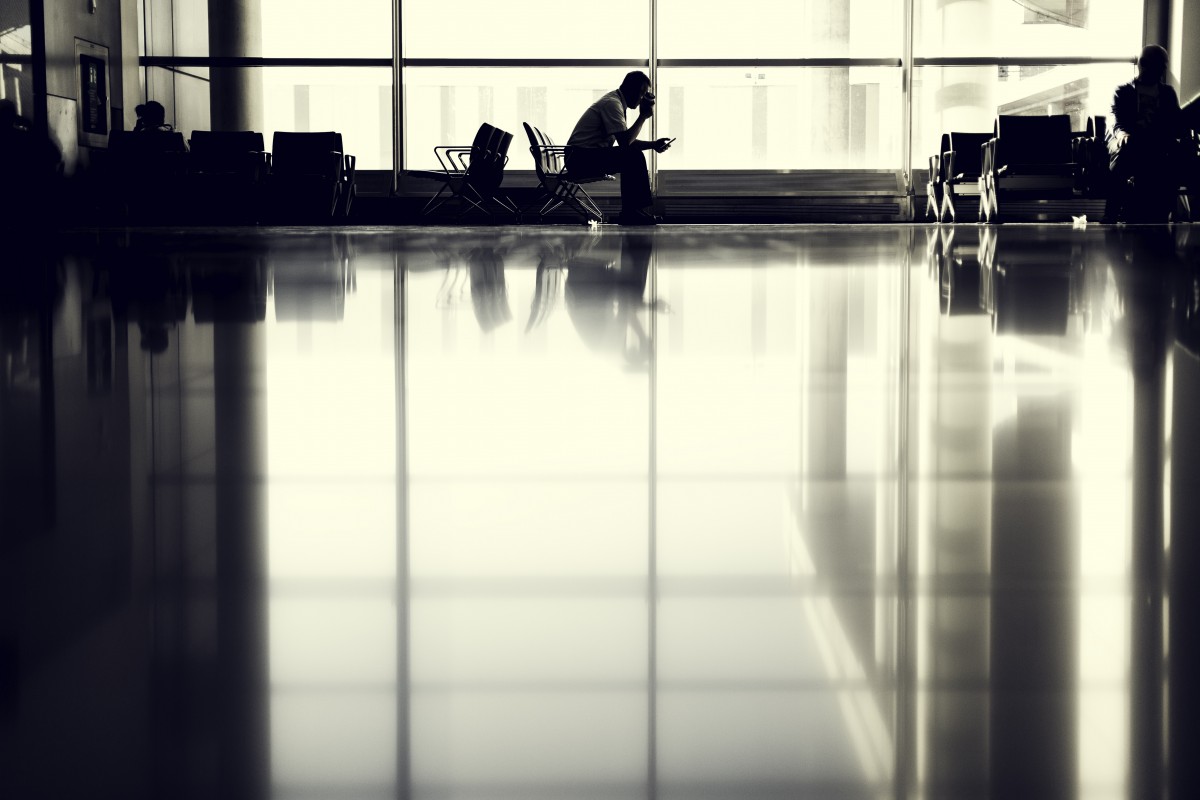 Have you seen the film Terminal? Or Up in the Air? Two films about the trappings of air travel. In the first, a passenger finds that he is stateless and therefore cannot leave the airport as he has no official identity or validity to do so. He ends up living there and although it’s a true story, he is played by Tom Hanks and so it’s also a bit Robinson Crusoe and Captain Philips. We can’t help but bring to our experience of watching a film the consideration of all the characters the actor has played in other films, which only makes it all the more poignant and thought provoking. Up in the Air stars debonair George Clooney. He is also trapped in the spiritual vacuum of air travel, where, through the pursuit of flying more miles than anyone else, he lives a soulless and friendless life, standing in queues and sitting on hard seats.

Anyway, I feel I am channelling Tom and George right now.

I set off on a journey to a partner church in the US on Tuesday morning after taking the dog for a quick walk at 6:30am. Getting to Manchester airport was quick, smooth, hope-filled even. My covid test, statement of health and visa all in order. Even check-in was hastened by me thinking the plane was earlier than it was and so being ushered to the front of the queue. Sadly the favour ended there. The plane was nearly three hours late arriving at Heathrow. I ran to get my connection in a different terminal only to be told that although I would make it in reality, policy dictated that I would not make it in theory. So I then had to find another way of getting to the US. All kinds of possibilities were presented to me that would have meant me missing the point of the trip by not getting there for another 36 hours. Eventually I was sent on the last flight to New York; through security again but into the wrong terminal. Then out of security and into security in another terminal. Onto the plane which was late again. Off the plane at JFK, to another terminal to find anyone from BA who might be able to sort out overnight stuff. A long wait there and then a flight arranged in the morning, so off to another terminal to get a shuttle, to get to a hotel, to have a few hours sleep, to get up and get a cab to get to another airport, to get through security, to get to a plane, that was of course late. And now I’m reflecting on this while up in the air 36 hours later…

For me this has been a lesson in what matters, and how I cope with being out of control, at the mercy of a faceless bureaucracy, having to face my plans not working out. What stress feels like to me. And aimlessly running between terminals. And not having time to relax.

I learned that it’s OK. I was not in big trouble. I would get where I needed to go even if it meant sitting on benches in odd places all day and night. I am not helpless because I have family and friends and a credit card. And I have God whose Spirit whispered to me to not take it too seriously and to spot where the help might be. (I became adept at spotting BA ties and neck scarves and asking for help from random people as often as I could.)

The fate of the characters that Tom and George played was far worse than mine. To have the presence of the emotionally regulating Holy Spirit, like an ethereal gland releasing holy steroids into the system of my soul, is the gift of Jesus; the gospel of how to learn to live by Kingdom rules in the here and now. Doing this for a couple of days in airports felt like a simulation game; a trial to see how my heart would behave when under certain stresses. But nothing like the fear of war in Eastern Europe, or the statelessness of the refugee fleeing from horror, or the panic of rising prices and low paid work, benefits and pensions. So I consider Jesus, who at this time of his final year of life on earth, started to feel the pressure of sin and death. And I think of other characters in the bible, like David on the run, or Ruth skirting the edges of a foreign field. Those who are described to me like movie characters so that I can bring God's truth in their lives to bear on how I conduct my own life.

I’m just about to land now. And I hope that I can give away love and grace from a heart that is generous, resistant to the lies of karma and fate, and hungry for the presence of God in whatever situation it finds itself. Hungry too for Southern food at its finest. Surely worth the wait!